One of the eight parts of speech in the English language is the pronoun. In order to be able to write great compositions and communicate well, you must learn how to use this type of word properly. 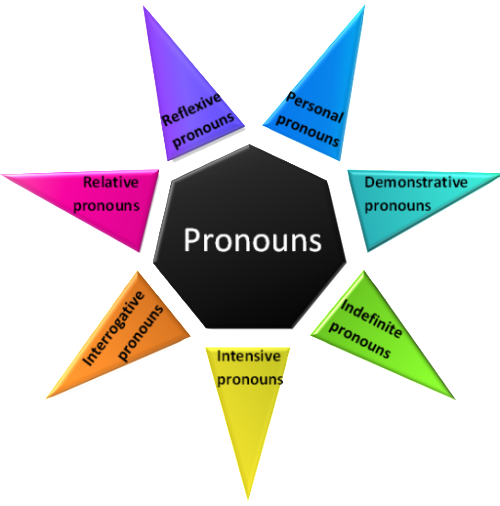 So, what exactly is a pronoun?

For you to understand the concept easily, you can look at nouns as actors and pronouns as stuntmen in movies. When a stuntman takes the place of an actor for a particular scene, he represents the same character. Just the same, a pronoun replaces a noun in a particular sentence, but it still refers to the same noun.

What would happen if there were no pronouns?

So you see, pronouns are very important in written and verbal communication because they avoid repetitiveness and ensure a good flow of words. They serve as stuntmen that are always ready to replace the real actors when the actors start to wear out.

Below is a list of the most common pronouns that you can use to replace different kinds of nouns.

As previously mentioned, a pronoun is used to replace a noun. This noun is called the antecedent.

The prefix “ante” means before, so for example:

The police officers rushed into their headquarters.

In this example, the pronoun “their” refers back to the police officers. The underlined noun is therefore, the antecedent of “their.”

In a simple sentence such as that stated above, it is very easy to identify the antecedent that the pronoun is referring to. However, you should be very careful with the use of pronouns in writing complicated sentences or paragraphs. If not used properly, these can confuse readers as to what you’re talking about. Make sure that your antecedent will not get lost to avoid this confusion.

There are six kinds of pronouns with different functions:

This kind of pronoun refers to a particular person or thing. The form of the personal pronoun that is appropriate to use for a specific sentence depends on the gender and number of persons or things that serve as the antecedents.

The function of this kind of pronoun is to point to a noun. Examples are: this, these, that, and those. The pronouns “this” and “these” points to things that are nearby while the other two are for things that are far. Aside from proximity, you must also consider the number of things you are pointing out. For singular nouns, “this” and “that” should be used, while for plural nouns “these” and “those” are appropriate.

This kind of pronoun refers to unspecified things. Some examples are: any, all, another, each, anyone, anything, anybody, nobody, everyone, everybody, someone, somebody, few, and many.

The function of intensive pronouns is to give emphasis to the antecedent. Examples of this kind of pronoun are: myself, itself, himself, herself, yourself, yourselves, themselves, and ourselves.

As the title implies, the function of this kind of pronoun is to ask questions. Examples of interrogative pronouns are: who, what, which, whom, whoever, whatever, whichever, and whomever.

This kind of pronoun links one clause or phrase to another. Some of the most common relative pronouns are: who, whoever, whomever, that, and which.

This kind of pronoun is used to refer back to the subject. Some of the reflexive pronouns are: yourself, myself, ourselves, himself, herself, themselves, and itself.

An in-depth understanding of pronouns and their functions is very important in creating well-constructed compositions. Pronouns make the flow of words and thoughts smoother and this should definitely engage your readers.