Words can be considered as the smallest independent elements in language and communication. In the English language, words can be classified under 8 major word types or parts of speech namely, nouns, pronouns, adjectives, verbs, adverbs, conjunctions, prepositions, and interjections. In this article, you will learn more about the most common and simplest word type, which is the noun.

What is a Noun?

In the simplest sense, a noun is any word that names people, things, animals, places, events, or ideas. Take a look at the sentences below:

All of the underlined words in the sample sentences above are nouns. Now that you already know the answer to the question, “What is a noun?” it’s time to discuss the different functions, genders, and plural forms of nouns.

What are the Functions of a Noun?

A noun can function as a subject, an object (object of the preposition, direct object, indirect object), and a subject complement in a sentence. 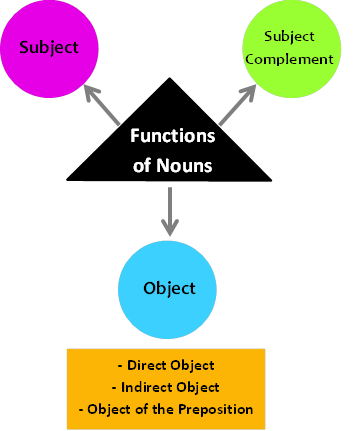 What are the Different Genders of Nouns?

Aside from providing the answer to the question, “What is a noun?” and discussing the various functions, this article will also explore noun genders. Basically, there are four genders of nouns, and these are: masculine, feminine, common, and neuter.

1. Neuter – this gender simply refers to nouns that have no sex.

2. Common– is the gender of nouns which can refer to either the male or female sex.

3. Masculine– this refers to nouns of the male sex

4.Feminine– this denotes nouns of the female sex.

What are the Different Forms of Nouns?

Nouns normally come in their singular form, however, if these nouns name more than one person, place, thing, animal, event, or idea, it is necessary for you to transform them into their plural form.

These are most common ways of pluralizing nouns:

Note: Sometimes, you just have to add “s” without changing “y” to “i” (e.g., chimney- chimneys; trolley- trolleys)

Other ways of pluralizing nouns:

4. Some nouns have the same singular and plural form

This article entitled “Parts of Speech: What is a Noun?” can be a good starting point in your exploration of the different types of words that can be regarded as the building blocks of grammar. If you want to have great grammar skills and improve your writing, you really need to have a good grasp of what is a noun, as well as the other parts of speech. These things can be considered among the most basic yet essential concepts in grammar, so it’s really important for you to be well acquainted with these before moving on to the more advanced topics.