Among the 8 parts of speech, the preposition is one of the most important parts of a sentence. In its simplest sense, the preposition can be regarded as a locator not only of place, but also of time. In order for you to better understand, please refer to the examples provided below. 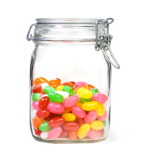 The jelly beans are in the jar. 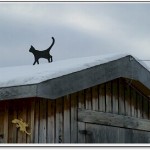 The cat is on the roof. 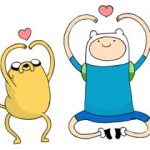 Jake is beside Finn.

All of the blue italicized words (in, on, and beside) above are examples of prepositions which say something about the location (place) of the nouns contained in the sample sentences.

As mentioned earlier, prepositions can also indicate the location in time of nouns or pronouns. Take a look at the sentences below:

During the summer, at noon, and in the winter describe a particular time (location in time).

What is the Function of Prepositions?

Aside from providing information about the location in place and time, this part of speech usually comes before a noun or a pronoun to describe its relationship to another word or part of the sentence.

The italicized word “for” is a preposition which describes the relationship between the words “vessel” and “weapons.”

The word “under” is a preposition which links the nouns “child” and “covers,” and shows the relationship between the two.

In this sample sentence, the preposition “above” shows the relationship between the kite and the building.

What is a Prepositional Phrase?

A prepositional phrase is simply a group of words which contains a preposition at the beginning and a noun or a pronoun at the end. It usually follows this formula:

Preposition + Modifiers (not required) + Noun or Pronoun (object of the preposition)

Some Examples of Prepositional Phrases:

Above= preposition; the and dark= modifiers; skies= noun

From= preposition; my= modifier; father= noun

Since there are so many possible relationships and locations in time and place that need to be indicated, there is actually a long list of prepositions that can be used in sentences. Listed below are most common prepositions in the English language:

Aside from the fact that prepositions can make your written works more detailed and compelling, they can also help in making the readers understand the relationships among the various parts of the sentence. With this, it can be said that learning about this word type and knowing how to use it can be a very good way to improve your overall writing style, as well as your grammar in general.